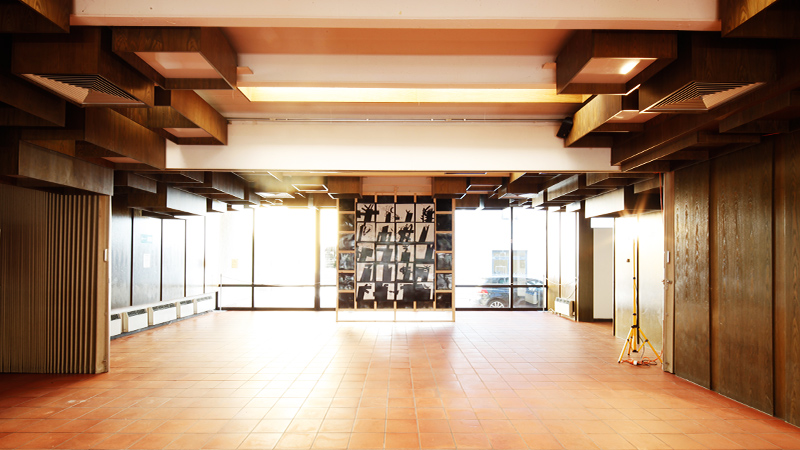 In 1977, Hotel Obir, a modernist tourist accomodation, that landed in the middle of a gable roof landscape of a remote village in southern Austria, opened its doors to the public. Designed by Ilija Arnautović, one of the mayor architects who worked in Tito´s Federal Republic of Yugoslavia, the project was a rare example of an early cross border joint venture. Hotel Obir became a meeting place in the bilingual region around Eisenkappel / Železna Kapla.

Ilija Arnautović is in his late forties when he gets the approval to build a new hotel in Eisenkappel / Železna Kapla, the southernmost village in Carinthia / Austria, in 1971. Based in Ljubljana, Arnautović, a former student of Edvard Ravnikar, is already known for his contributions to the Yugoslav social housing sector.[i] In today’s capital of Slovenia he was responsible for the construction of the iconic BS3‐towers, in Belgrade he was part of the architects´ committee for the planned city Novi Beograd, where he realised the so‐called Televizorke housing project. The complex consists of two slabs, which are made of prefabricated concrete elements. It received its name from the expressive TV‐shaped window frames. Arnautović´s architecture is characterized by a playful‐rationalism, where the functional meets the expressive. The project in Austria was not just his first commission outside the federal republic of Yugoslavia, but also the first draft for a hotel to be realised. How did this cross border joint venture between an architect from Yugoslavia and an Austrian village become possible? In Eisenkappel / Železna Kapla, more than one third of the population is part of the ethnic group of the Carinthian Slovenes. For centuries, the region has developed trade relations to Kranj, the neighboring district in today’s northern Slovenia. With the task to build a tourist accomodation that provides 60 beds and a hall to host events with up to 300 guests, the Posojilnica, a bilingual cooperative bank, bought the piece of land in the center of the village.[ii] This plot was designated for a future hotel by the local administration. In fact, the Posojilnica was the only applicant for this building task. For the purpose of the construction, the South Carinthian Tourist Society was constituted.[iii] In the beginning, Alpetour, a travel agency from Ljubljana was also among the investors. There have been economic ties between Kranj in today´s Slovenia and southern Carinthia for centuries. Six years later, in 1977, the Hotel Obir named after the local mountain Hochobir, opened its doors to the public. The initial amount of beds, desired by the client, almost doubled throughout the planning process. At the opening, 120 beds were available.

Face to Face with the Clock Tower

The result was a piece of modern architecture in a rural setting, a counterpart to the adjacent clock tower of the village church and the traditional gable roof landscape in the center of Eisenkappel / Železna Kapla. But Hotel Obir seems out of context only at first glance. Arnautović´s draft reacts to the neighboring buildings and the topography of the mountain village with great care. The one story high base of the building steps back from the street, leaving space for a passage and a frontyard next to the main entrance. At the backside a spacious terrace is hovering over the parking lots. The ground floor offered smooth transitions between reception, TV‐room, coffee house, terrace and event space. The latter could be partitioned into three sections with foldable walls. When folded, passers‐by can look through the building. In contrast to this playful transparent public area, the hotel rooms have been arranged in a rational cross‐shaped structure that stands on a concrete shaft, leaving a gap between ground and upper floors. The area for guests is distributed among four floors – organized around a central winding staircase. When standing in front of a guest room, visitors are able to see parts from the floors below and above. Corner windows are giving the 48 rooms a distinctive appearance from the outside. From inside each room is characterized by a special view, either to the center or the nearby mountain range. When standing on one of the steep slopes that surround Eisenkappel / Železna Kapla, Hotel Obir can be seen as a modernist counterpart to a homogenous historical village core. Thus, from the steep slopes around, it looks like an implant, whereas from the center it was meant to be interwoven with the village and its surrounding landscape.

During the almost thirty years of its operation, this modern implant became a central meeting point in the region. Almost everybody who lived in Eisenkappel / Železna Kapla, or visited the village between the end of the 1970s and the beginning of the 2000s, has a story related to the building. From the musicians who were playing at weddings or carnivals, to the young generation growing up in the eighties that went to the hotel discotheque on weekends. Even though the village is in a remote location, it prospered for a long time. There was a vital wood, pulp and basalt production ensuring job opportunities in the region. All these industries have been vanished over the last four decades, causing an exodus that could be witnessed in many Austrian rural areas. First the pulp mill closed down, followed by the basalt quarry and the biggest sawmill. Their significance cannot be underestimated for the largest hotel in the village. In 2003, the South‐Carinthian‐ Tourist‐Society, originally constituted for the purpose of developing the Hotel Obir, finally sold the property to one of the former managers. In 2006, due to a tragic accident of the owner‘s son, who was supposed to run the Hotel, the building again changed ownership. Ever since, it has been part of an Italian investor‘s portfolio. Initial plans for a basic renovation failed. Until today, Hotel Obir remains vacant and since 2012 the Investor wants to get rid of the building again. In the meantime, half of the former shops and bars of Eisenkappel‘s main square closed down. In this context Hotel Obir is just the most prominent symbol for ongoing stagnacy and decay in the region – a monument of the rural exodus.

Between Authenticity and Decay

If one compares postcards from the early 1980s with the current appearance, it seems as if nothing has changed. In the almost thirty years of operation the coffee house was the only part of the building, that became subject to a minor transformation. By moving the facade, the guest area was enlarged and the entrance direction on the riverside changed. Everything else is in its authentic state. The historical value of the Hotel Obir cannot be neglected. It was the only building realised by Ilija Arnautović outside of the territory of former Yugoslavia. It is a built example of a cross border cooperation long before Austria and Slovenia became members of the

European Union. Thus Hotel Obir represents openness between neighbors which is a timeless message that is especially relevant in times of growing fences. Furthermore, since the closure in 2003, the community lost an important space to host events in the centre of the village. While the future of Hotel Obir remains unclear, time is limited for further action. At the 40th Anniversary of the opening, the roof was leaking, causing water to enter the concrete core. Traces of rust and moist appear on the walls and the edges of the ceilings. The brutalist terrace is falling apart. Roots are blowing up the washed concrete slabs and plant troughs will fall off soon. For the rehabilitation as a hotel it seems too late, because the water ingress may have already caused irreversible damage. Perhaps the only option that remains for this unique contrapuntal architecture is, to support it on its transformation to become a picturesque ruin.

This is a shortened version of the text Hotel Obir: contrapuntal architecture in the village first published by TU-Darmstadt